InMasaru Ibuka started an electronics shop in a department store building in Tokyo. Another early name that was tried out for a while was "Tokyo Teletech" until Akio Morita discovered that there was an American company already using Teletech as a brand name. The move was not without opposition: By Nick Sutrich November 12,4: The Xperia XZ3 takes the revolutionary Xperia XZ2 design and further improves it, particularly in the display department, and tweaks the experience in some very positive ways.

The phone does not ship with a QC3. The series aluminum frame holds together the two Gorilla Glass 5 front and back panels, and sports an IP68 water and dust resistance rating.

A single USB Type-C port is on the bottom, and a rear-facing fingerprint scanner is located underneath the camera on the back. The phone measures in at mm tall, 73mm wide and 9. That compared to the XZ2, which measured in at mm tall, 72mm wide and The X-Reality engine will upscale content to HDR color space, virtually broadening the color gamut presented, but native HDR content will always look better.

The curved edges of the panel look simply gorgeous and lend a particular sense of premium quality to the overall design and display.

In fact, the Sony dynamic capabilities edges on the panel make this look like the sleekest, most premium device Sony has ever made, bar none. Sony offers more ways to customize the look and feel of the display than most OEMs as well, including ways to easily adjust color gamut and contrast via 3 presets.

There are even options for smart backlight control, which will keep the screen awake while holding the phone even if it exceeds the normal sleep timer. Sony has added two very interesting new features to the display component this time around, aside from the curved edges, of course.

While the display is off, the default Always On Display will show recently taken photos in a full-color collage on the screen. This adds even more beauty to the already fantastic always-on display, which of course will display important things like the time, date and any notifications delivered since the phone was last unlocked.

Photos are displayed according to the time and location taken, so if you visit a place regularly you'll find photos taken in that location will appear on the screen for a look back at what's happened there in the past.

Side Sense may just be the single coolest new feature Sony added to the Xperia XZ3, owing completely to a set of sensors on the side of the device that work in tandem with the curved edges of the screen. Sliding down to navigate back felt like a feature that was more useful in concept than in execution, as the gesture often required more than one swipe, negating any advantages it might have had in speed or ease of one-hand use.

These false touches were incredibly frustrating when using the device for the first time and were a huge deterrent for using the phone until I figured out how to mostly fix the issue.

Super thick gloves will still not register a touch, but most cloth and leather gloves should work just fine with this mode enabled, which is handily placed in the quick settings area for easy and fast toggling. When comparing a Xperia phone next to a model you would be entirely forgiven for thinking these devices were made by two completely different companies, as just about everything about them has changed. 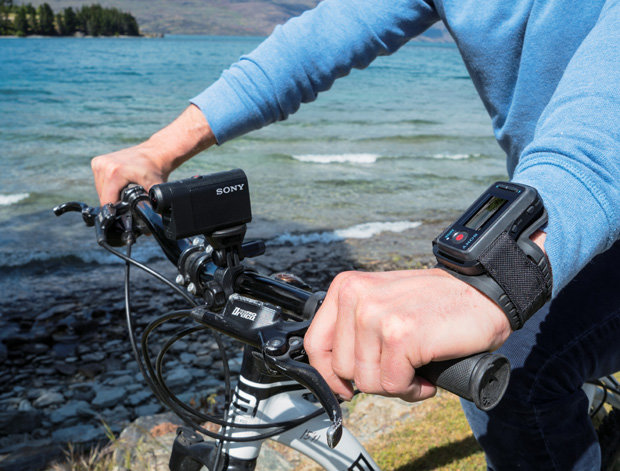 Despite having larger bezels than most, the rest of the phone is almost futuristic in its design.Sony is opening a new Digital Media Production Center in Glendale, California, in May, which will be the company’s home to Los Angeles-based crews for gear, training and education about its.

Apr 05,  · The phone’s entertainment capabilities are further aided by the addition of Sony’s new ‘Dynamic Vibration System’. Marketing guff aside, it’s basically a version of the haptic engine you 7/ With the goal of developing image sensors that surpass the human eye, Sony is committed to continually improving image sensor performance in areas such as sensitivity in unlit areas, resolution for telescopic and wide-angle photography, as well as dynamic range performance in backlit environments.